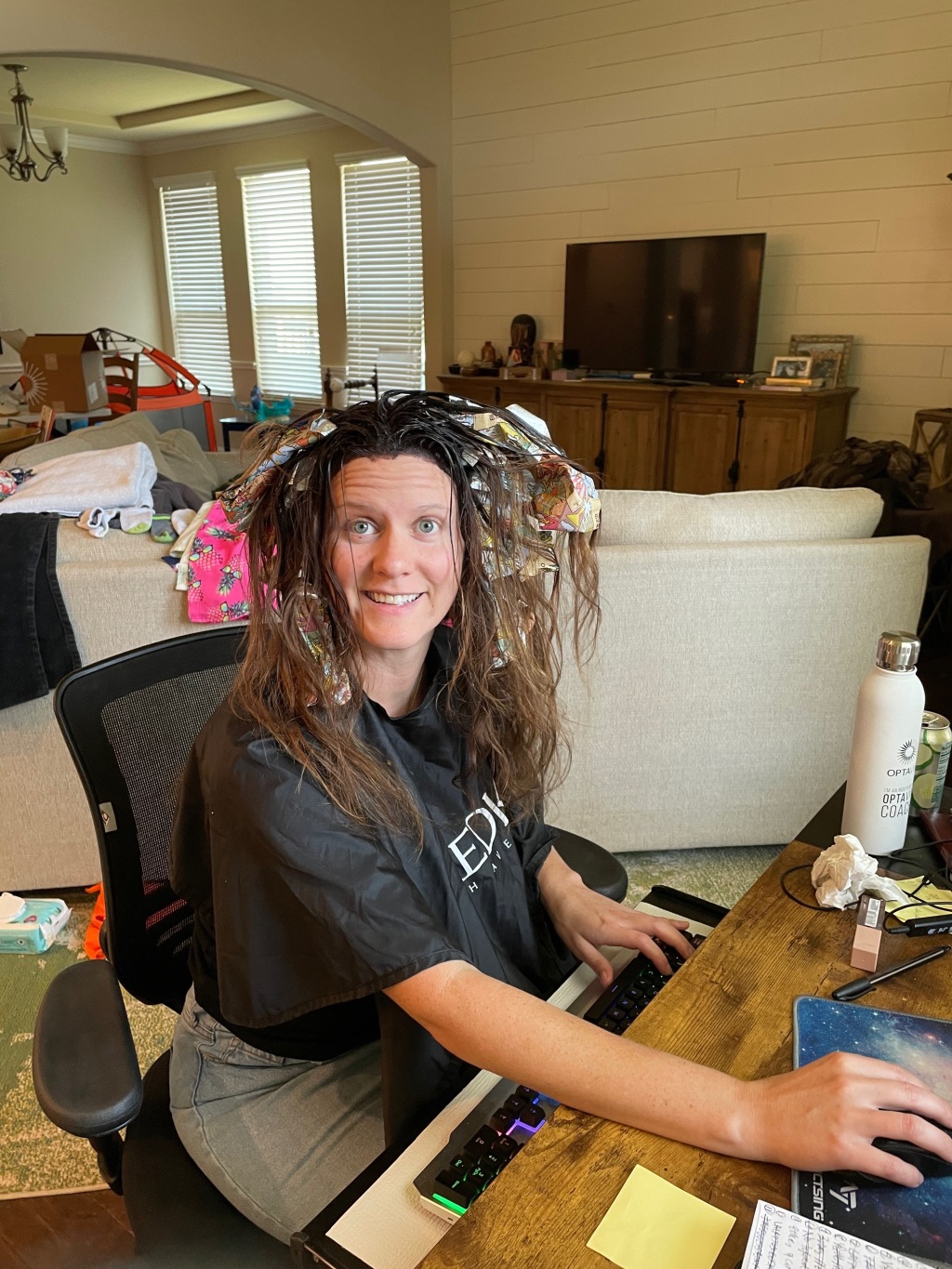 I have been in corporate for 14 years now, and been in many different positions-ad account coordinator, program manager, order management, global supply chain, network services packaging, etc. All have their pros and cons as any job does, but sometimes a job’s cons actually start affecting your overall well-being.

That is where I most recently found myself after being employed at the same company for five years. I had taken on more and more responsibility, and the work was becoming so much like digging a hole in the sand at low tide, marveling at the work you did, only to watch it get erased as the tide came back in. This happened hourly, sometimes even within the hour, and I realized the woman I once was was drowning in that hole. Promises kept coming that there would be better opportunities, there would be better pay, they would “take care of me”, the situation could only last until the end of the year (that was 2020), and on and on it went. I am a dutiful person, and I often stay long past the time I knew I should have because loyalty or some crap like that (hey, I am working on it!)

So, what took me so long? I was waiting on the right time, which was literally a scaredy cat excuse as I know perfectly well there is NEVER a right time. There is only NOW, and thus I had to do it. I can’t espouse one thing and live another, so I leapt and I already feel like a different person! I no longer cry on Saturday because I know it’s about to be Sunday which is the precursor to Monday…true story-just ask my husband.

If you’re stuck in a job where you’re under-appreciated, feel like your soul is being sucked out of your body, holding your pee until it hurts because you’re on so many calls/under deadlines, losing the light in your eyes, your bones start aching and cracking because you feel like you can’t leave your chair since you have SO much to do, I wrote this for you to survive until you can make OTHER arrangements.

Please note this is not for long term success, although many of these tactics are great to use anyways, but it’s just to give yourself some breathing space to figure things out so you can make a MOVE to something more suited to your unique abilities. Here we go!

I know leaving can be hard and the reasons why are numerous. You already KNOW if it’s time to leave, and it’s never going to feel just perfect. However, you owe it to yourself to be the best version of you every day. Once your job starts affecting your mental health, it’s time to reframe where you’re headed.

Let me know all about your hellish job in the comments below!

iThere are no comments

Begin typing your search above and press return to search. Press Esc to cancel.